From the Founders: Back to Basics After Buying the Dip

From the Founders is Kora's ongoing series of reflections, advice, and roundtable discussions from our company's leaders. This week, Hao Liu, Kora's CEO, considers what students can do now that crypto has melted down.

Whether the hype surrounding crypto was independent of our financial media coverage of it or actively influenced by the media’s attention is a question that remains open to speculation. But it's telling that so many of the last year’s headlines sounded so little hesitation and so little caution up to and until the crash—especially given the subject of those headlines’ recurring focus.

In the press that follows we read the usual scripts of sudden, catastrophic market devaluations. Life savings wiped out. The specter of criminal malfeasance. Suicidal ideation. What’s markedly different is the primary age-group affected. These are not sophisticated Wall Street banksters with large homes in Chappaqua. They’re vulnerable young people who swap tips on Reddit. They day trade from their dorms.

It’s hard to fault college students for seeing in crypto an affordability and access that traditional finance often makes no pretense of offering. As children, they watched their parents struggle through The Great Recession—no great day for the banks. And now that they’re young adults, it’s increasingly evident another recession is on the way. Our country’s rising healthcare, housing, education costs, and COVID-related economic fatigue continue to undermine a prosperity gospel Gen Z has heard too little proof to believe. When blockchain entered the scene, and following that the loud, slick evangelists of Web3.0, it’s not a mystery why college students misheard their siren songs for anthems, took their chances and bought the dip. But then it all went bust. 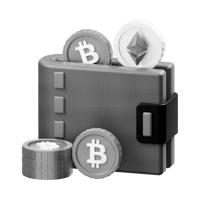 I understand the appeal of cryptocurrencies and their foundational tenets remain persuasive. The maximalist believes that crypto will provide a currency of stable value for citizens across the globe, but especially those living in countries of economic turmoil. This is admirable. They also believe that decentralized finance (so called “DeFi) has the potential to foster access and opportunities at much lower barriers for entry. I would love to see it. Even the yet-realized promise of NFTs holds some interest, although its current iteration seems larded with grift of every stripe.

Believers tout a “democratization of wealth,” a techno-utopia in the making. I remain skeptical not only because none of these tenets have reached their full potential—a fact underlined by the cryptoshere’s spectacular May collapse and continued, concerning fluctuations—but also because it’s difficult to see how these currencies have any higher purpose than inflating their own worth.

One way of identifying a good cryptocurrency from a bad one begins with asking how is this useful beyond me expecting more people will get in to raise its value? Then what—wait for the rug pull? What is the utility? If crypto is your way of paying a city’s taxes, then that city can pay out interest in the form of bonds and the currency facilitates the functioning of a working government. Roads get built. Schools get staffed. If your crypto exists to pay for cosmetics in an unplayable, undeveloped, and crowd-funded game, the worth seems highly dubious. You’re paying for a steeply rising electricity bill somewhere. 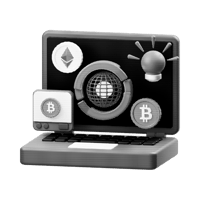 Responsible crypto entrepreneurs have begun asking for what looks suspiciously like common-sense regulation—the kind of monitoring, securing, and intervention that cuts down on nefarious activity, while increasing consumer confidence and user adoption rates. Beyond “regulation,” crypto has also begun to recognize the value in consolidation, that is, the necessary re-centralizing of established banking features that just makes things easier for everybody.

Want an exchange platform to efficiently transfer funds from various crypto investments to fiat currency? That’s centralization. Want to recover a passcode worth $10MM you lost on a thumbdrive? That’s security. And our traditional financial system, backed by governments, currently operates on these good faith consumer protection measures.

So much of crypto's hype has been about cutting out legacy players. But history has shown us that if the crypto/blockchain takes over, it won't be a brand new system: old players will still get in on it, and old markers of economic success will continue to define who can thrive in it. Having your mortgage on a blockchain ledger doesn’t mean you didn’t need a credit score to land better lending terms. And building a credit history will still take place in the real world, where you’ll need to make responsible decisions around your money in everyday contexts.

As of this writing, crypto has lost $700B. Bilking young investors on the promise of gratuitous wealth does not look like a lawful or long term growth strategy. Kids can’t eat “stablecoins.” They can’t buy textbooks or pay for tuition or rent on assets shuttered overnight.

Now more than ever, it’s important for college students and their families to have a firm grasp of financial basics: a foundation of safe, long term investments, supported by a diverse portfolio; familiarity with budgeting and a mindset that can make-do without; anticipating needs with savings and access to credit; and when they lack confidence on money management, a willingness to ask questions, and conduct proper due diligence. <<

At Kora, we know how hard it is to balance classes and navigate the changing world of money. Our blog breaks down big concepts, keeps you in the know, and helps you maximize your experiences and your money. Follow us to stay in the know!

From the Founders: Back t...